Perfection has occurred not once, but twice at Johnston High School. 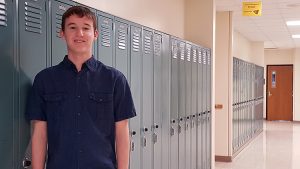 Ingebrand, who took the test three times, said preparation and perseverance were key in reaching this sky-high goal.

“Each time I took the test [and got the results], I knew I could do better,” Ingebrand said. “I was patient and I wanted to make it happen. I studied on my own and used an ACT study guide throughout the process.”

“The first time I took it, I felt pressured by the time and that stressed me out,” Chandani said. “The second time, I was well-prepared and felt like that allowed me to be less stressed and more accurate. I felt confident the day I took the test.” 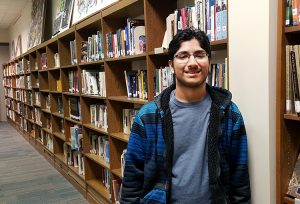 The ACT is composed of five sections – English, math, reading, science, and essay. Test-takers can score up to a 36 on any of the sections and/or earn an overall composite score up to a 36. Ingebrand said the most

difficult section for him was the reading, where he had to be extra diligent in his studying and practice. The easiest section? Math, which makes sense because Ingebrand has his sights set on a future in finance or economics.

“When I was studying and preparing for the test, I wanted to do well for myself and my future,” Ingebrand said. “It’s not about telling other people or getting attention.”

Chandani, who has aspirations of becoming a mechanical engineer, also said the math portion was his strongest subject. Both Ingebrand and Chandani have been accepted to Iowa State University, but are also applying to different programs to find the best fit for their future ambitions.

Johnston High School has had only a handful of students score a perfect 36 in recent years. JHS school counselor Sue Baker said there have been five students, including Ingebrand and Chandani, to score a 36 since 2012.