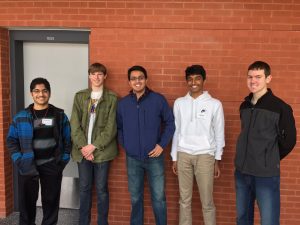 On Saturday, January 28, the Regional Science Bowl for the state of Iowa held in Ames. Forty teams from across the state competed and the JHS Science Team placed in the top 6.  The team’s final loss was in a double tie break against Des Moines Central Campus who went on to get second in the competition.