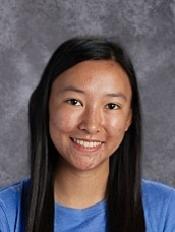 (As posted by the Iowa High School Athletic Association on April 26, 2021)

Iowa’s top academic students have been chosen for the 2021 Governor’s Scholar Program. The Governor’s Office, the Iowa High School Athletic Association, and its title sponsor, the Iowa Farm Bureau, are presenting this recognition which began in 2003.

Johnston seniors Karshana Kalyanaraman and Julia Chen are among the 424 seniors statewide being honored and were selected by their high schools as the highest academic achievers. All students will receive a recognition plaque and certificate to commemorate their achievement. In addition, each student’s most influential teacher will also receive a certificate of appreciation.

Honorees attended a masked, in-person ceremony on Sunday, April 25 at the Iowa Events Center, Des Moines to receive their award.

“The principles learned through academic success, like those learned from participation in school activities, help develop outstanding young leaders,” said IHSAA executive director Tom Keating. “The partnership between the IHSAA and the Iowa Farm Bureau, along with the great cooperation of the Governor’s Office has made this prestigious program possible for many years.” 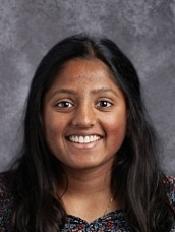 In addition to being recognized as the state’s brightest students, more than 99 percent of the group participates in school activities.